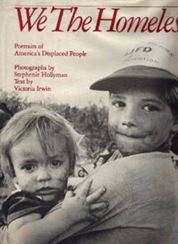 Stephenie Hollyman is the daughter of two photojournalists. She was one of the first back-pack video journalists to produce stories in the field as a one-person team.  She is also a photographer, a Fulbright Scholar and the author of three books. She operates a cyber-studio and produces journalistic content for maritime, educational and journalism venues. This rich content features photography, text, and video.  Her editorial video is represented by Getty Images. Click here to view her video clips on the Getty Images website.

A PHOTOJOURNALIST: Her work as a photographer and video-journalist has taken her to many of the world's countries for publications such as TIME, PEOPLE, and STERN Magazine. She began her career as a photographic stringer for The New York Times. She has worked for numerous NGOs including UNICEF, The United Nations, The World Health Organization, UNDP, and The Ford Foundation, among others. Click here to download clips and reviews of her work.

She was profiled on CBS Sunday Morning by Charles Kuralt in 1988  for her photo book "We The Homeless, Portraits of America's Displaced People", (text by Victoria Irwin). Along with Michael Beirut, the book's designer, she won an AIGA Book Award in 1988. " We the Homeless " was also exhibited in a one-person show at the Senate Rotunda in Washington, D.C., sponsored by Senator Daniel Patrick Moynihan.

Hollyman's photographic work has also been included in numerous exhibitions and her photo features published internationally.  In 2004, leading up to war in Iraq, Stephenie was Chief of the United Nations Photo Unit. She has produced multimedia documentation of malaria, " Fever Zone" with the support of the World Health Organization and has worked internationally for various NGO's including UNICEF, UNDP, and The Ford Foundation. Fluent in Spanish and able to communicate clearly in French, she has photographed in 11 countries in Africa, as well as completing assignments in Europe, Vietnam, People's Republic of China, Thailand, Laos, Sri Lanka, India, Jamaica, Guatemala, Chile, Argentina, and Mexico. 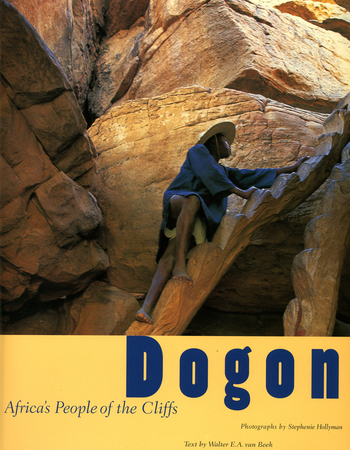 Dogon, Africa's People of the Cliffs

Her photo book,  Dogon, Africa's People of the Cliffs was published by Harry N. Abrams in 2000. 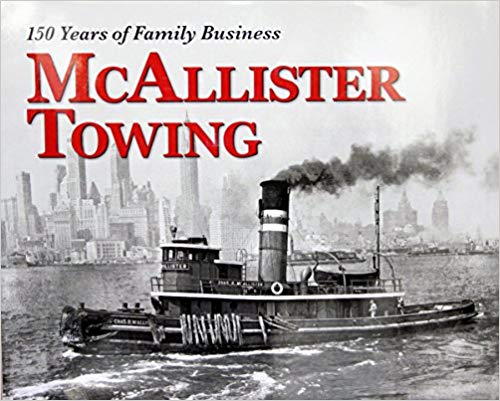 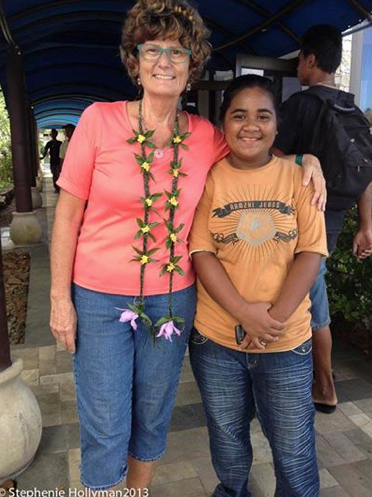 A VIDEO-JOURNALIST &  MULTIMEDIA PRODUCER: She also reports, writes and films stories for television as a solo "backpack" video-journalist. Her clients have included  CNN, CBS, Nightline, and others. During the Deepwater Horizon oil spill in the Gulf, she reported with video from the field, which she uploaded to a blog and Getty Images. She has also reported as video-journalist for NYTimes TV ( then VNI )  as part of a team that won a National Documentary Emmy Award-winning for "Killer Virus." Hollyman has also worked on assignments as a producer for CNN and CBS TeleNoticias in Latin and Central America. Hollyman produces photography and original multimedia content that exploits convergence. The stories include streaming video, audio, interactivity, and photography. Clients have included MSNBC on the Web, CNN, ABC Nightline, the WashingtonPost.com and others.

TEACHER: In 2010, Hollyman transitioned from journalism to become a teacher,  and followed what she thought would be her "bliss" for a four-year period. She returned to graduate school and received a Florida Professional Teaching Certificate for Art K-12 and English 6-12 as well as a California Temporary Teaching certificate. She taught high school students at an international school in Qingdao, China in 2011-2012 and in 2012-2013 taught high school students on a tiny island in Micronesia called Yap.  ( When she wasn't teaching she sailed in Colonia's lagoon in her Folbot kayak ) In 2013 she taught in a continuation high school for high-risk youth,  in Vallejo, California, followed by a half-time stint at Berkeley High School 2016-2017  where she taught Digital Photography and advised Yearbook.  From 2017-2018 , as a one-year replacement, she taught Ceramics in Richmond, California.

Hollyman has now returned to her passion, journalism.  She now lives on a Sundowner tugboat trawler in Berkeley, California.